"Mallus will be cast in Trollcast (a resin material) and will be available in the lead up to the tournament to give coaches time to paint him up for their SSB 2014 team. The stats for Mallus will be released at a later date. As you can see from the picture, the mini comes with 4 arm options (Blitzer, Thrower, Assassin and Tentacle).

Those of you with a keen eye will notice that the second head in the picture bears more than a passing resemblance to that mutton-chop wearing coach Vain AKA Casper. As a little extra, all SSB attendees will get an alternate “Casper” head that you can use for Mallus (or simply throw in the bin with disgust, your choice ;-D). The “Casper” head will be cast in metal and will be an SSB-exclusive.

Once he has been cast up I'll have copies available for sale on AusBowl. After the tournament is held he'll be available to buy via Impact! Miniatures (without the "Casper" head though)."

-And 4 racial balls tfor the players:

All the works you can see in this blog are 100% developed by me, sketches, drawings, comics, and all the figures. 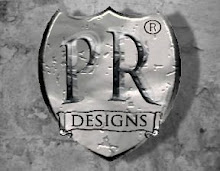 P. Ramos "Poncho"
Valencia, Spain
Open your mind to me